World number one- and 11-times Grand Slam singles winning Quad Wheelchair tennis champion, Dylan Alcott, has been announced as Kia Australia Brand Ambassador, ahead of his bid for a seventh consecutive singles title at the Australian Open.

Alcott’s ambassador announcement marks the latest chapter in Kia’s rich history as the brand celebrates a 20-year anniversary as Major Partner of the Australian Open – one of the longest sporting partnerships in Australia - and unveils its new logo and brand direction of ‘Movement that Inspires’ to Australian audiences. 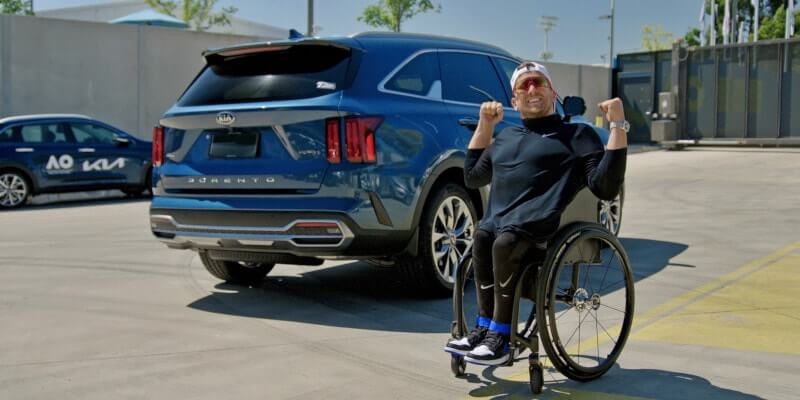 The new multi-year partnership will feature Alcott in integrated marketing activity that assists in extending Kia’s growth within the Australian tennis community. Tennis fans can also expect to see Alcott promote the company’s desire to continue leading for change and innovation in the motoring world, and beyond.

Kia Australia General Manager of Marketing, Dean Norbiato, said this ambassador role with Alcott is something Kia is very proud of and comes at an exciting time for the brand.

“Dylan will help Kia continue supporting and growing awareness for the sport of tennis in Australia and engaging fans in exciting new way.

“As a company, what we admire most about Dylan is the way he has embraced being a role model. His actions, values and character both on and off the court make him not only a triple threat, but an ideal Kia Australia Brand Ambassador,” added Norbiato.

Dylan Alcott applauds Kia for the critical role the brand has played in supporting the game he loves. He hopes this partnership will help promote the growth of tennis to all Australians and inspire the next generation to be on the move, regardless of any limitations they face. “The sport of tennis and the Australian Open as an event has changed my life” said Alcott.

“The Australian Open event being held in Melbourne each year, just 10 minutes from my home, inspired me to pick up a tennis racquet, get fit and healthy, and overcome the limitations and doubts my disability had led me to feel in my early life.

“As a player and commentator on the sport now, I never take for granted the fact that we have one of only 4 Grand Slam events here in Australia, and Kia’s Major Partnership of the event has been a key inspiration and driver for the growth of the event over the past 20 years.

“I am so proud to become an Ambassador for a company that loves the sport of tennis as much as I do! I look forward to partnering with Kia in many initiatives and opportunities to help grow and promote the sport of tennis in a fully inclusive and accessible way for all.

“To join the Kia family at such an exciting time of growth, change and innovation for the company is exciting and I look forward to hitting many balls on court this week in front of the brand-new Kia logo!” he added.